A Colorado contractor has been caught on video unleashing his anger inside a customer’s home after a pay dispute – using a sledgehammer to destroy a bathroom he had just renovated.

The footage shared on Reddit shows the livid worker — identified as Terry James Gregory, co-owner of Dream Home Remodels — swinging the tool inside the home of Amber Trucke because she only paid $3,330 of the $7,555 total.

The woman had said she wasn’t pleased with the work and wanted to inspect it further before forking over the remaining $4,225.

“We put weeks into this, thousands of dollars into this,” the seething worker yells at Trucke’s roommate, who had let him in Saturday to pick up their equipment, KKTV reported.

As he destroys the bathroom, the roommate is heard saying, “Sir, I understand … Sir, please stop. Please stop.”

But he turns to her menacingly and says, “Is somebody going to pay me? Let me tell you something — no contractor in the state of Colorado will fix that when they find out that I took it back because she refused to pay me.”

The woman tells him that the house was not his to demolish.

“This is my property! I have receipts for everything!” he yells back, pointing at her.

The woman again says she understands but the unhinged contractor continues to hammer at the tile, yelling, “No, you f—- don’t!”

Trucke told KKTV that she was waiting to pay the balance of the bill until she could inspect the rest of the work.

“I don’t have the words for what happened in this room,” she said, showing the station
invoices indicating she made the partial payment. “For the $3,300 I’ve already paid, I now have nothing.”

The woman told KRDO: “They showed up with just a crowbar, a Sawzall and a sledgehammer.”

“Watching it just brings tears to my eyes. It makes me sick, it makes me scared. This is more than just trashing my bathroom — my sense of safety is gone,” Trucke said.

“I wanted to be wowed and I wasn’t wowed. But I knew she was coming back Friday to clean things up and I figured maybe I’d be more impressed then,” she said, referring to Dream Home Remodels co-owner Jordan Cazares. “So I was not going to pay them until I saw the actual finished product.”

In a statement, Cazares, who was also at the scene, pushed back against Trucke’s account and claimed she’s received death threats after the incident.

“After several weeks of work for a customer, communication broke down at the end of a project. There was no displeasure expressed, and we proceeded to ask for payment on the project by the end of the day,” she told KRDO.

“Communication broke further after that and resulted in our company repossessing a tile shower. We regret that this contract went sour. It has never happened before and is not something that is made regular practice,” Cazares said.

Cazares said there were “several other projects” in the contract that Trucke refused to pay for, including “a vanity, mirror, light fixture, two ceiling fans, plumbing work, fixing rotten framing in her walls, and an exterior door replacement.”

But Trucke insisted that she paid for those items and said she plans to sue the company.

“Obviously, people are sometimes not what they seem, and that was certainly the case this time,” she told the station.

Police and the Pikes Peak Regional Building Department are looking into the incident, CBS 46 reported.

I completely transformed my three-bedroom house on the cheap with savvy hacks, and here's how you can too

Sun Oct 17 , 2021
LOCKDOWN encouraged half of Brits to upgrade their homes, with garden landscaping and bathroom renovations coming out as the top home improvements. And it seems that everyone turned to TikTok to document their renovations, including loved-up couple Scarlett and Ben.  TikTok/@westonroadrenovation Scarlett and Ben have spent two years renovating their […] 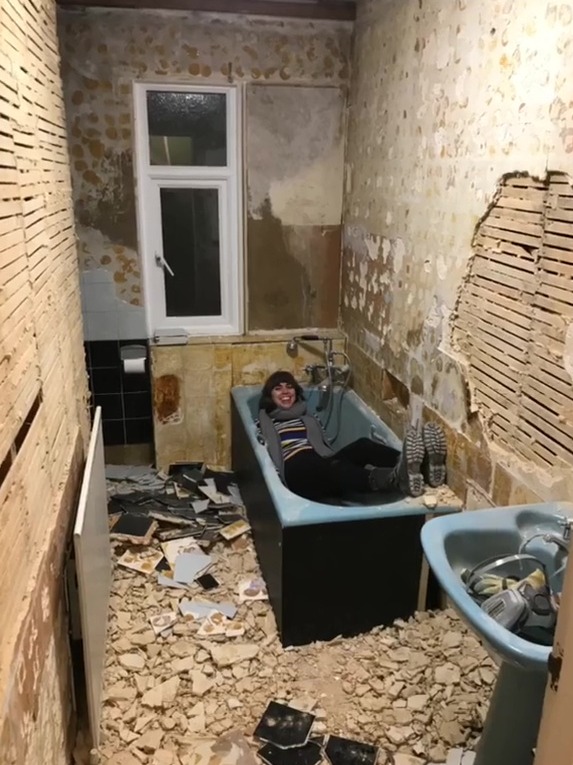 The real estate industry is ever-evolving, and staying up to date is essential for a successful business. With the help of real estate agents, you can get the assistance and advice needed to make the best decisions. A real estate agent will help ensure that your investments are sound and […]