The county commission has approved an intent to fund $150 million in bond financing to support a major renovation project at Williamson Medical Center.

A resolution presented to commissioners at the body’s October budget committee meeting states that funding of a renovation, expansion and upgrade to the hospital would come from tax-exempt bonds, American Rescue Plan funds or some other funding pool.

WMC CEO Phil Mazzuca told commissioners at a budget committee meeting that a growing county population and limited capacity realized throughout the pandemic warrant the project. A renovation and upgrade would “elevate [WMC’s] service line capabilities and provide state-of-the-art, safe, accessible and comprehensive facilities,” for patients, visitors and employees, all while remaining a low-cost health care provider for the region.

“We want to do what’s right for this community. You’ve got a valuable asset in this community that we now have to invest back into,” Mazzuca told commissioners. “This is not going to impact just us. It’s gonna impact our kids and our grandkids.

Williamson County’s population is expected to double by 2040, while WMC predicts the population of people 65 years of age and older is projected to increase by over 23% in the next five years. The population size of WMC’s primary service area — the Franklin market — grew by over 39% between 2010 and 2020 and is projected by the hospital to continue to grow by 2.5% annually.

Since moving to its current location in 1986 major renovations have not been made, although several expansions and unit additions have been made over the years, with floor, bed and operating room additions as needs arose. According to WMC, this project would be the first major update to the “hospital’s core footprint” since 2003.

The project’s current proposed components include the following:

With a total of 66 added beds, the total cost of the project is projected to be $189 million and primary construction is scheduled for completion in 2024.

Government bonds of $150 million are currently the largest piece of WMC’s funding proposal. Mazzuca said he was confident bonds could be completely paid back over 20 years with hospital revenue, and supplements from available bonds and a capital campaign to be launched by the WMC Foundation.

“This is an investment in Williamson County and our residents that will literally pay for itself,” chair of WMC board of trustees James (Bo) Butler said in a news release. “WMC is thriving and this project will allow us to prepare for the future so that we can continue to provide the highest level of care and maintain our reputation for attracting top-notch physicians, clinicians and practitioners.”

The newly approved resolution allows County Mayor Rogers Anderson to enter into an “interlocal agreement” with WMC that would require the entity to pay principal and interest payments alongside associated costs or fees on any related bonds.

WMC is not currently tax supported, although the county has the power to approve its board and back projects like this one, among other responsibilities. Nonetheless, the regional medical center provides EMS services, paramedic coverage at high school home football games, and emergency response training to county fire and rescue response volunteers, among other “community investment” services.

In fiscal year 2020, WMC provided $12 million of uncompensated care and $1.2 million in charity care according to Mazzuca’s report. The hospital is also currently one of the county’s largest employers with 1,900 employees.

The resolution passed through the county’s property and budget committees, each with unanimous approval. The County Commission’s approval of this resolution gives way for a following resolution to be approved next month that would issue an initial bond.

Anika Exum is a reporter for the Tennessean covering Williamson County. Reach her at [email protected] or on Twitter @aniexum.

To stay updated on Williamson County news, sign up for our newsletter.

12 Bathroom Remodel Ideas on a Budget

Thu Oct 28 , 2021
Photo: istockphoto.com Redoing a kitchen is a costly project, but the bathroom comes in a close second. On average, it’ll set you back about $24,000 for a midrange bathroom remodel, according to Remodeling’s 2021 Cost vs. Value Report. These often tiny rooms come with many hidden costs—sinks, vanities, mirrors, lighting, […] 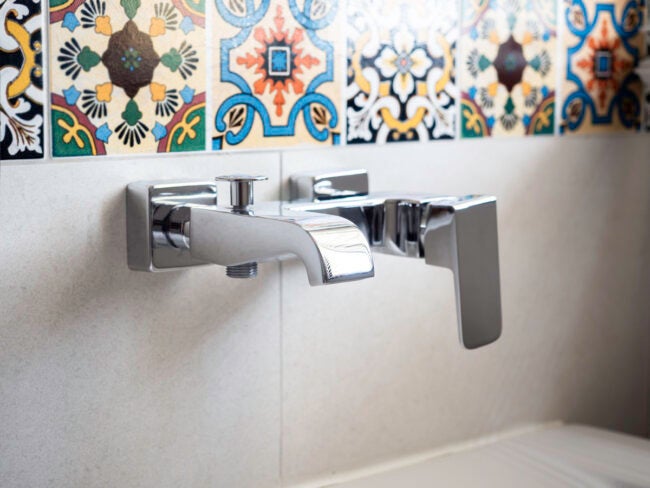