Ready to indulge in a spa-like getaway at home? Bathrooms are being upgraded with massaging body sprayers in the shower, serenity-evoking lights and odor-fighting live plants, according to a new survey conducted by Houzz, the online home renovation resource.

Remodelers are also adding contemporary vanities – unpainted wood is popular while blue is a trending color – and hygienic surfaces like quartz.

Other splurges include heated floors and self-cleaning toilets with nightlights. The survey found the number one goal of a bathroom change is to make it clean and uncluttered. Outlets hidden in cabinets help.

>Get your bathroom sparkling with these spring cleaning tips and tricks

About 40% of people in the survey said they started a long-delayed bathroom renovation because they finally had the funds to pay for the project while 25% said they wanted to personalize a recently purchased home. And 33% said they could “no longer stand” the old bathroom.

Bad lighting is a major complaint along with insufficient storage, only one sink, no bathtub or a small shower. Half of all renovating homeowners participating in the survey increased their shower size.

Most homeowners added an exhaust fan to improve poor ventilation.

>Upgrade your bathroom: It’s as simple as a better bar of soap

Nine in 10 owners desired a style change, from traditional to contemporary or transitional. Although white remains the key bathroom color, an accent wall adds a distinguishing color or texture.

Many people modified the bathroom layout (42%), walls (40%) or ceiling (10%). One in five homeowners surveyed increased the size of their bathroom and 6% changed their bathroom location altogether.

More than half of homeowners (54%) say the bathroom remodel is addressing household members’ special needs, now and in the future, as in the case of renovating for aging-in-place. Threshold-free showers, wheelchair-accessible vanities and bidets aid people with mobility issues.

The rising cost of labor and materials resulted in the median expense for a bathroom remodel to increase up to 20% this year. The median spend for bathroom projects was $8,000, while higher budget projects came in at $30,000 or more among homeowners, says Houzz.

The complexity of renovating a bathroom motivated 84% of homeowners to hire a professional such as a general contractor, bathroom remodeler, bathroom designers or interior designers, according to the survey.

Here are highlights from the 2021 Houzz Bathroom Trends Study, which polled nearly 3,000 U.S. homeowners using the online resource who are planning, working on or recently completed a bathroom renovation:

“In the midst of the chaos created by the pandemic, we’re seeing homeowners turn to their bathrooms for respite, creating calming sanctuaries with premium features, hygienic surfaces and plants and other greenery,” said Marine Sargsyan, Houzz senior economist.

The percentage of homeowners who relax in their renovated bathroom by soaking in the tub is up six points this year (61 percent), compared to the 2020 U.S. Houzz Bathroom Trends Study. People who enjoy time in a tub outpaced the share of those who unwind with long showers (54 percent).

Popular tub styles are freestanding, flat-bottom tubs and alcove tubs, installed within three walls. Acrylic is still the top choice for tub material among renovators (57%); the percentage of those choosing enameled cast iron dropped 4 points, to 10%

Nearly one in four homeowners in the survey removed the tub (24%), and of those, almost one in five relocated the shower (18%, down 5 percentage points since last year) and more than four in five enlarged the shower (84%), a notable increase from last year (78%).

The favorite materials for shower walls among homeowners in the survey who are upgrading walls and floors inside the shower remain ceramic or porcelain, a specialized type of ceramic in which the clay has a higher density and is fired longer at a higher temperature than ceramic.

The percentage of people choosing ceramic or porcelain for flooring, however, dropped 4 points (to 52%) versus a year ago, in favor of marble, which increased 4 percentage points, to 17%.

Fewer people are choosing granite for shower flooring and walls or slate.

More than three quarters of homeowners incorporate premium features into their bathtubs and showers (79 and 74 percent, respectively).

Modern, transitional and contemporary styles with smooth surfaces and sleek lines remain the leading choices for renovated bathrooms, according to the Houzz survey.

Homeowners cite both insufficient lighting and no natural lighting as issues before a bathroom renovation (28% and 11%, respectively), which may explain why more than four in five homeowners upgraded their lighting fixtures this year (82%).

Wall lights and recessed lights remain the top two choices in upgraded lighting (57% and 55%, respectively), however lighted mirrors, pendant lights and chandeliers all inched up in popularity from last year.

Three-quarters of renovating homeowners install mirrors in their renovated bathroom (78%), with over half installing more than one mirror (59%). Some upgraded mirrors have advanced features, such as LED lighting and anti-fog systems (20% and 18%, respectively).

Faucets and toilets selected by renovators have at least one high-tech feature. The most common are water-efficient faucets and bidets and a toilet with overflow protection.

Why Hiring JNL Group Kitchen Remodelers in Evergreen, CO makes all the Difference

Mon Oct 18 , 2021
About JNL Group Kitchen Remodelers Specialists The experienced builders at JNL Group are distinguished mountain builders providing quality services at affordable prices. The full-service company based in Evergreen, CO, stands out as the only builder licensed to operate in all 64 counties in Colorado. Their success is a product of […] 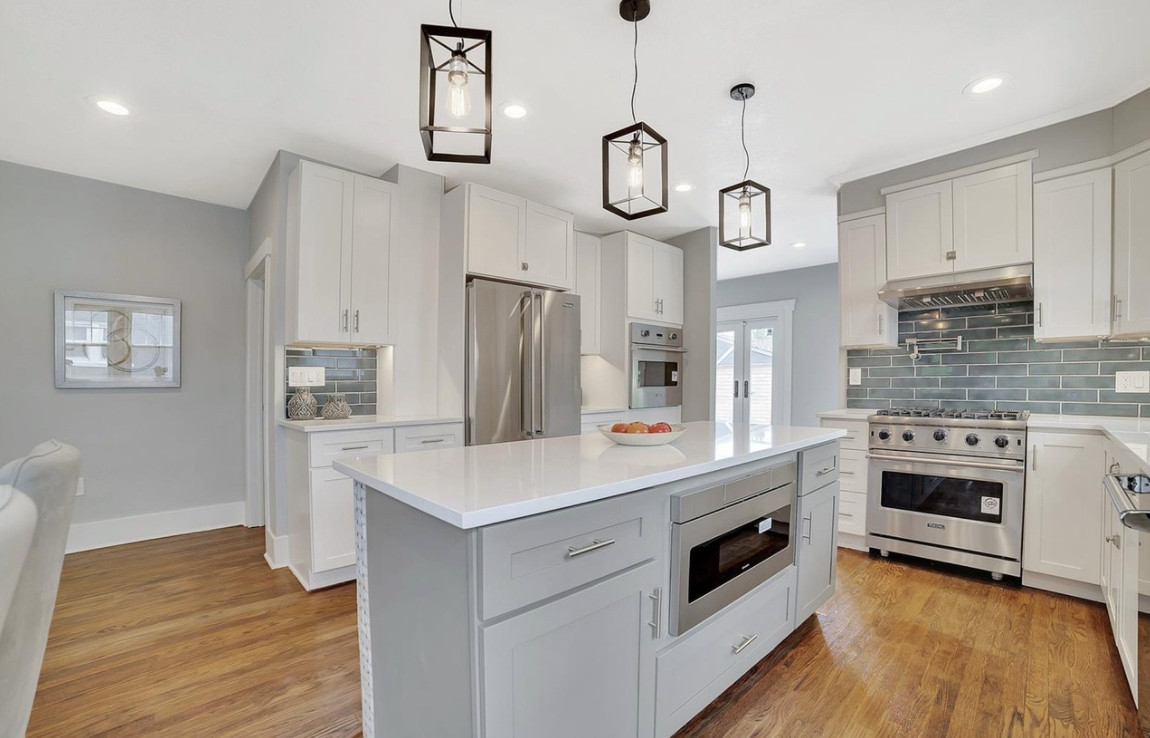