MIAMI, Dec. 7 (UPI) — The final week of the fantasy football regular season is here, which means it could be your last chance to add players from the waiver wire. D’Onta Foreman, Russell Gage and K.J. Osborn are among my top targets.

Teddy Bridgewater, Jimmy Garoppolo, Ricky Seals-Jones and the Green Bay Packers defense are among other options to add to your roster for a playoff run.

Kenyan Drake, Corey Davis and Jalen Hurts are among the players who can be dropped to make room on your roster for new additions.

Also remember to take a look at your future defensive matchups. You can add a defensive/special teams unit to your roster to improve your point total in a playoff game.

The Carolina Panthers, Cleveland Browns, Tennessee Titans and Packers were on byes in Week 13, which means several valuable players and the defenses from those teams were likely dropped in your league. Scan your waiver wire for those options to provide depth for your roster.

Make sure to bench players from the Indianapolis Colts, Miami Dolphins, New England Patriots and Philadelphia Eagles, as those teams get byes in Week 14.

Keep an eye on your opponent’s roster for your matchup. You could snag a player that they might need, giving yourself an advantage. This move could help you make the playoffs or cost you a postseason appearance.

Waiver wire additions at this point should help provide immediate production due to a good matchup or provide depth for your team in the postseason.

I have added some of my favorite players to target on this week’s waiver wire and separated them by priority and position. The players I have listed ahead of Wednesday’s waiver period have low ownership percentages in standard-size leagues.

The quarterback position isn’t very deep on this week’s waiver wire, but I like Teddy Bridgewater and Jimmy Garoppolo. Neither player should be in your lineup unless you are desperate for production at the position.

Bridgewater’s Denver Broncos host the Detroit Lions on Sunday in Denver. The Lions are tied for allowing the 10th-most passing touchdowns to quarterbacks. Bridgewater threw for at least 226 yards in three of his last four games. He should eclipse that total in Week 14.

I also expect the Broncos quarterback to throw at least two touchdown passes in a lopsided victory. He will be a low-end QB1 in my Week 14 quarterback rankings.

Look for Garoppolo to throw for at least 250 yards and find the end zone twice in this matchup. He is another low-end QB1 streamer.

D’Onta Foreman is rostered by many teams, but check your waiver wire to see if he is a free agent in your league. The Tennessee Titans running back broke out for a season-high 109 yards and a score on 19 carries in Week 12.

He’ll come out of a Week 13 bye for a matchup against the Jacksonville Jaguars. The Jaguars allowed the ninth-most fantasy points per game to running backs through 13 weeks. Foreman is an RB2/flex streamer for Week 14.

The Week 14 waiver wire features several solid wide receiver options. Russell Gage of the Atlanta Falcons was one of my top waiver wire targets for Week 13 and should be rostered in all leagues. Gage went off for a season-high 130 yards on 11 catches in Week 13.

This week, the Falcons face the Carolina Panthers. The Panthers rank as one of the best pass defenses in the NFL, but this game should be a shootout. Look for Gage to see at least 12 targets and close in on another 100-yard performance.

He is a solid WR3 streamer for the regular-season finale and throughout the fantasy football playoffs.

Osborn caught four passes for 47 yards and scored his second touchdown of the season in Week 13. He should see close to 10 targets this week when the Vikings face the Pittsburgh Steelers.

The Steelers allowed either 250 passing yards and/or two total touchdowns to quarterbacks in each of their last three games. I expect Vikings quarterback Kirk Cousins to throw at least 35 passes and eclipse 300 passing yards. Justin Jefferson should draw in most of the Steelers’ defensive attention, allowing Osborn to produce for your fantasy team.

Washington Football Team tight end Ricky Seals-Jones is another player who should get increased work due to an injury. Fellow Washington tight end Logan Thomas sustained a knee injury and is not expected to play in Week 14.

Seals-Jones hauled in at least three catches for 30 yards in four of his last five appearances. He is a touchdown-or-bust TE1 play in leagues with at least 14 teams that require starting the position.

Remodel for Selling | Take Me Home | Bend | The Source Weekly

Fri Dec 10 , 2021
The value or sale price of a home is ultimately dictated by what a buyer is willing to pay and what a seller is willing to accept. Although sale prices will follow market trends, not all homes are created equal and prices will vary greatly between similar homes. This is […] 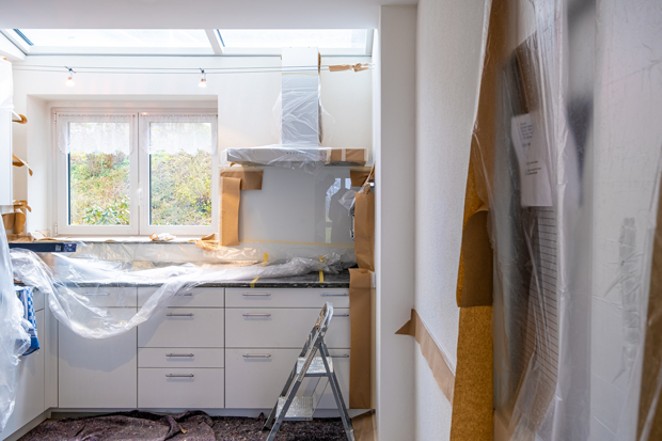