An “angry” Colorado contractor returned to a customer’s home to destroy a bathroom he had just finished remodeling because of a $4,225 payment dispute, viral footage shows.

Terry Gregory, the co-owner of Dream Home Remodels in Colorado Springs, can be seen in the viral video using a sledgehammer to smash the tiles of the newly-renovated room.

“We put weeks into this, thousands of dollars into this,” says Gregory, in the footage recorded by a neighbor, before continuing to wreck the walls.

According to reports, the contractor decided to destroy the renovation last Saturday because his customer, Amber Trucke, was overdue on a payment.

Trucke, a community relations director at a senior living facility, told Insider that she paid $3,330 of an owed $7,555 for the renovation but refused to hand over the final payment until she was satisfied with the finished product.

She went to inspect the bathroom last Thursday and told Insider, during a phone call interview, that she was left disappointed. “I wanted to open the door and see this bathroom and be really excited about it,” she said. “But instead, and I’m not gonna lie, I’m looking at it and it wasn’t really looking good to me. It was horrible.”

Trucke said that, later that day, she sought advice from members of a Facebook group for DIY enthusiasts about whether the renovation was up to scratch. She claims that she received “hundreds” of responses advising that the bathroom was in need of a “total redo.”

“There were holes in the grout, the tiles were misaligned, they put up chipped tiles, things were crooked, tiles were different sizes, you can’t fix that,” said Trucke.

She said that Jordan Cazares, Gregory’s wife, sent an email the following day demanding the balance due. “I kept saying that I’m not paying them until I’d inspected the final product,” Trucke said.

Within 23 hours of this exchange, the community relations director said that Gregory and Cazares arrived at her home with a sledgehammer and a crowbar while she was working at her office.

An “angry” Gregory began smashing the walls while Trucke’s roommate and neighbor watched in horror, she said. Her neighbor recorded the incident and sent it to Trucke.

Trucke said that she has since reported the incident to the police. Insider reached out to Colorado Springs Police Department to determine whether a complaint had been filed, but did not immediately receive a response.

Gregory and Cazares told DailyMail.com that they intend to take Trucke to small claims court for the money they say she owes. Insider reached out to the couple for comment but did not receive a response.

Trucke said that the event has left her traumatized. “My sense of safety is gone,” she told Insider. “I don’t know if I’ll ever be able to just come home and relax again. Every car door I hear, I look out the window. That’s really unfortunate over $4,000.”

Read the original article on Insider

How To Decorate Your Garden At Xmas

Thu Oct 28 , 2021
As our attention naturally shifts towards indoor holiday décor at this time of year, we shouldn’t forget to invest in some Christmas garden decorations to ensure our outdoor spaces are also given the festive treatment. Instead of simply stringing a few old lights from a dusty box, make the outside […] 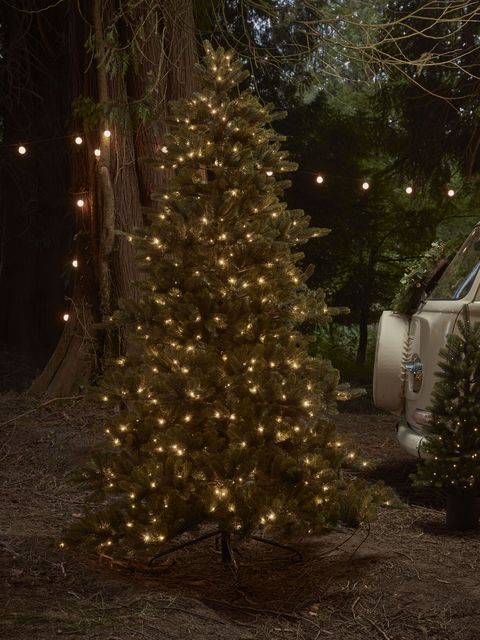