City officials support tearing down an old house in Wheaton Park as part of a redesign plan for the landmark off Jonathan Street.

The city has been gathering input from the community about improving the park that they say is due for an upgrade. And city officials looking at improvements say a way for kids to cool off in the summer is important, meaning a misting pad” could be installed there.

Among the issues in the park is the poor condition of the house, which the city has owned since 1950. City Engineer Rodney Tissue, who briefed Mayor Emily Keller and the Hagerstown City Council about the park during a council work session Tuesday, said the city apparently acquired the house for a park caretaker to use.

It’s now boarded-up and its copper pipes were stolen, among other problems, Tissue said.

A community meeting was held in the park at Sumans Avenue and Charles Street in August to hear from residents about improving it. That information was used to create three concepts for an upgrade. Two of them call for keeping the house, and a third removes it.

Councilwoman Tiara Burnett, who spends a lot of time helping to run programs in the park, said she likes one of the plans that calls for a “medium” level of improvements but keeps the house. Burnett said she likes the way improvements are laid out in the plan but believes the house needs to be torn down.

Burnett said the house presents security issues, including that people running events in the park can’t see everything that’s going on there because of the house.

Burnett supports added play equipment for kids where the house stands and fixtures that would tell the history of the park.

Considering children in the neighborhood, it’s also important to have a place “to get them wet,” said Burnett, who said some kids want a pool.

She told the children she didn’t know if a pool was possible, but Tissue is proposing installing a “misting pad” for kids, among other improvements.

Councilwoman Tekesha Martinez said the park has been used for family reunions and other events for years and said the community will be appreciative about plans to improve it.

Although Tissue said upgrades for the park could cost up to $1 million, the city has about $300,000 in grant money that could fund a lot of upgrades.

Council members agreed to proceed with park upgrade plans. The exact fate of the caretaker house was not decided.

Fri Nov 19 , 2021
Photo: istockphoto.com Q: We have decided to renovate our home to make it into our dream house rather than move, but it will be a pricey renovation. Can we use the equity we’ve developed to cover that cost? A: You can! Having put in the hard work and discipline to […] 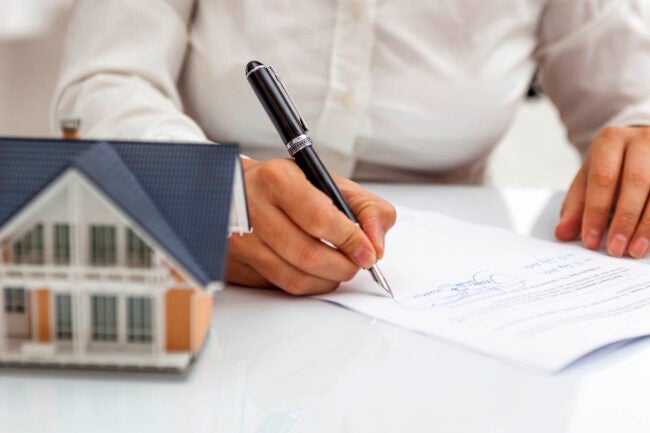