A leaky or damaged roof isn’t just an inconvenience. For homeowners, it stands in the way of making other improvements, including ones that can save money like weatherizing a home to cut down on energy costs.

Weatherization seals up a house from the elements. It’s regarded as an important last step to make a place healthy and stable. But in Detroit, where most of the housing stock was built before 1980 and where thousands of Detroiters live in inadequate conditions, residents don’t often get to the weatherization stage because they need to address more fundamental repairs first — fixing damaged roofs, updating electrical wiring and addressing asbestos, lead or mold.

Grants through the federal Weatherization Assistance Program can help bring down costs for low-income Detroiters already overburdened by energy bills, experts in energy efficiency say. But hundreds of households have been deferred this year because of damaged roofs that prevent insulation installed to weatherize a home from working. And there’s a dearth of funding for what experts call “pre-weatherization,” fixing the issues that cause a home to be deferred.

“Many of these homes need investments even before they can be made energy efficient,” said Tim Minotas, legislative and political coordinator for the Sierra Club’s Michigan chapter.

The Wayne Metropolitan Community Action Agency has completed roughly 800 home assessments since April to determine whether a home is eligible for the Weatherization Assistance Program. Five hundred households were deferred and told they had to fix conditions in their home first, including 284 homes with damaged roofs. Roof repair is by far the No. 1 reason people are told they can’t safely weatherize their homes, leaders at Wayne Metro said.

“We have cold winters and warm summers and that creates a strain on households, especially when you have a hole in the roof. People are not able to live comfortably,” Minotas said. “People want to reduce their energy use and energy costs.”

More:Detroit’s home repair crisis is even bigger than experts thought

More:Detroiters want to fix up their homes. The path to do that isn’t easy.

A recent University of Michigan report found that 37,630 Detroit households live in inadequate housing conditions. These conditions include exposed wires, broken furnaces, or lack of hot or running water.

The city of Detroit, citing the high rate of people who are turned away from weatherization because of bad roofs, is using $30 million of its federal pandemic relief dollars to repair roofs for 1,000 Detroiters starting next year. But about midway through the application window, thousands of residents had already applied, demonstrating the vast scale of repair needs.

“(A) roof is a very expensive item and a lot of clients can’t afford those repairs,” said John Carmody, Wayne Metro’s director of construction projects.

Other reasons homeowners are deferred include outdated electrical wiring, asbestos and mold.

“This is a whole house approach,” said Karen MacDonald, Wayne Metro’s community development director. “You can’t insulate the attic if the roof is leaking, and that’s going to degrade the insulation performance.”

Part of all of this work is creating a healthy house. If you “tighten it up,” or use weatherization techniques to seal a home, “you’re going to create mold and moisture issues” if there’s water coming in through a leaky roof, she said.

In other words, in the wrong conditions weatherization can end up doing more harm than good.

The federal Weatherization Assistance Program has been around for more than 40 years. The U.S. Department of Energy awards grants to states that work with community action agencies, nonprofits and local governments to perform weatherization services — an energy audit, insulation, water heater replacement and window replacement — for income-eligible families. To qualify, a family of four must earn less than $53,000 a year.

The program saves households $283 every year on energy costs, according to an Energy Department analysis from 2008.

Michigan received roughly $26.1 million last year to fund weatherization programs across the state. Agencies spent $16.6 million and weatherized 1,386 homes from July 2020 to June 2021, according to the state’s health department. Some of the remaining dollars carried over to the rest of this year.

“Weatherization makes homes more energy efficient and having energy efficient homes lowers bills, and so that’s particularly important for folks who are low income and low wealth. But frankly, weatherization is important for everyone who wants to keep their costs down,” said Bridget Saunders Vial, energy democracy organizer at the Michigan Environmental Justice Coalition.

Detroiters spend a large chunk of their income on energy bills, chipping away at what they can spend on other necessities.

Thirty percent of metro Detroit households have a high energy burden, above the national average of 25%, according to a September 2020 report from the American Council for an Energy-Efficient Economy. A high energy burden means a household spends more than 6% of its income on energy bills.

A quarter of low-income households in the area have an energy burden above 19%.

“In Detroit alone, the amount of people who are dealing with home inefficiencies and health and safety issues and high energy burdens is astronomical. I mean, some of the highest numbers in the country,” said Sharonda Williams-Tack, associate director of energy justice campaigns at the Sierra Club.

But repair resources to get a home weatherization ready are scant.

“Whether you’re talking about lead remediation — whatever it is — it’s been severely underfunded. We at least have some semblance of an energy safety net, there’s been almost nothing for home repair,” said Justin Schott, project manager of the University of Michigan’s Energy Equity Project.

‘I don’t want to lose my house’

Weatherization may not be on the forefront of Detroit homeowners’ minds when they have other pressing repairs to make first, said Gibran Washington, program manager at EcoWorks, a Detroit-based nonprofit helping low- to moderate-income households with energy conservation.

Detroiter Rosemary Hurn is among the homeowners who would need to fix up her home before she could weatherize it. She’s applied to several programs to make repairs, including EcoWorks.

Hurn’s roof is buckling and shingles have fallen off, she said. Her upstairs ceiling is drooping and water drips into her living room through leaks in the roof. There is mold and asbestos. Her home isn’t weatherized, she said.

Conditions inside her home got so bad after the late June flooding that swept through southeast Michigan that she had to move in with her daughter. She’s been there ever since.

But she wants to return to the west-side Detroit house she’s called home for 46 years — the place she raised her children.

“I thank God for my home and I still love my home. It can be made up and beautified,” she said. “I tried to fix it up; I love my flowers and plants. I love my home, but I am so sad the way my roof is. It’s really in a bad shape.”

Funding to help residents make health and safety repairs is crucial so they can be on the path to weatherizing their homes, experts said.

The state’s recently approved budget includes $5 million for the Minor Home Repair Fund to fix up homes so they can participate in energy efficiency and weatherization programs.

Meanwhile Detroiters like Hurn, who is on a fixed income, just want to make their homes whole again.

Nushrat Rahman covers issues related to economic mobility for the Detroit Free Press and Bridge Detroit as a corps member with Report for America, an initiative of The GroundTruth Project. Make a tax-deductible contribution to support her work at bit.ly/freepRFA.

Luminous Design Pieces: How to Artistically Light a Garden

Fri Nov 26 , 2021
Luminous Design Pieces: How to Artistically Light a Garden Origine by Davide Groppi. Image Courtesy of Davide Groppi Share Share Facebook Twitter Pinterest Whatsapp Mail Or https://www.archdaily.com/972252/luminous-design-pieces-how-to-artistically-light-a-garden Outdoor lighting not only extends the use of external spaces in the warmer months but can also highlight and transform different aspects of […] 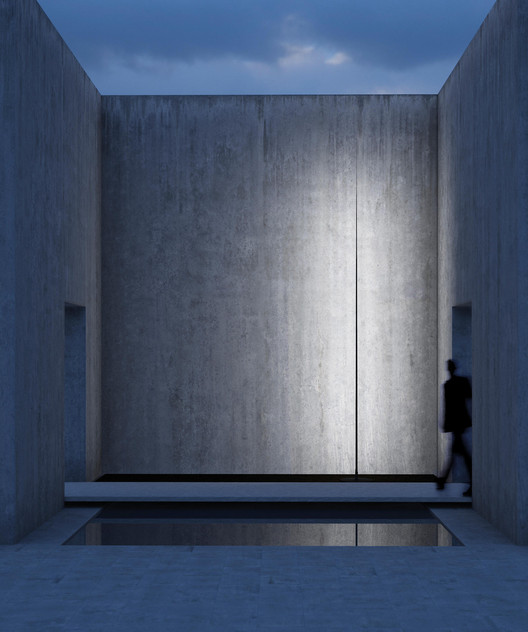