Edward King loves where he lives.

His apartment is clean, modern and located five minutes from his job at the FedEx World Hub. King thinks his landlord, One Stop Housing, has done an incredible job turning a former motel at 2949 Airways Blvd. into an affordable, peaceful community where he always feels safe.

One Stop began converting King’s home — alongside another old motel at 1360 Springbrook Ave. — into apartments in 2019. Now, it wants to flip the Red Roof Inn at 3265 Elvis Presley Blvd.

Whitehaven leaders, though, are banding together to stop the company.

The apartments could increase crime, hurt property values and make it harder to draw other private investment to the area, according to Pearl Walker, a former City Council candidate and Whitehaven activist. She wonders why more apartments need to be built in Whitehaven, as opposed to more affluent parts of Memphis.

“Things just keep getting dumped in certain communities,” said Walker. “They’re not trying to put this on the Poplar Corridor, (or) on Germantown Parkway. … So what makes it a good choice for the (Whitehaven) community?”

The Memphis & Shelby County Land Use Control board plans to consider the development at its Jan. 13 meeting, but the clash between One Stop and the community advocates concerns far more than zoning. It’s a dispute over the merits of affordable housing during a time of fast-rising rental rates, what apartment dwellers are like as neighbors and the right of a neighborhood to determine its future.

Greater Whitehaven Economic Redevelopment Corp. executive director Michael Harris has a vision for Whitehaven and it includes the property One Stop wants to redevelop.

Harris isn’t opposed to the construction of more affordable housing in Memphis and he’s not necessarily opposed to the construction of more in Whitehaven. What bothers him most is the specific location One Stop has proposed, which is a three-minute drive north of Graceland, half a block south of the Memphis Visitor Center and prominent on a corridor he is working hard to revitalize.

As he attempts to convince more tourists and business travelers to stay in the area, Harris said he would prefer the property to remain a hotel. If it has to become apartments, he would much prefer higher-end units that would help the neighborhood attract young professionals. He worries One Stop’s current plan will inhibit growth more than it will aid it.

“I see a greater future with this 95% African American community working together, supporting our businesses, … thriving and being a model,” Harris said. “Something like this tells me you’re not willing to dream with me.”

But besides those reasons, Harris notes that the neighborhood simply doesn’t want this development. He said he’s met with multiple neighborhood associations and businesses — including Elvis Presley Enterprises — and everybody opposes the project.

“If everybody over here is against it, why is this a good thing for our neighborhood?” Harris asked.

A digital petition about the project that’s circulating online had more than 450 signatures as of Jan. 3. Signatories have commented that the project will lower their property values and increase crime.

Walker and some who signed the petition say One Stop will lease rooms on a month-to-month basis and largely house people in deep poverty. In reality, Vengroff said the complex will use traditional annual leases and primarily house working-class residents, such as warehouse workers.

At One Stop’s current Memphis properties, rental rates for studios start at $640 per month, including utilities, according to its website. This means anyone who makes at least $25,600 per year could live there without being cost-burdened, according to the U.S. Housing and Urban Development’s definition. Unlike many apartments in that price range, though, One Stop does not accept government assistance, such as Section 8 vouchers, and ensures all of its residents hold jobs.

If the project neither serves the community’s most vulnerable residents — who receive vouchers or welfare — nor provides Whitehaven with the single-family homes it desires, though, Harris said he doesn’t understand the need for it.

Vengroff argues that quality housing for the working class is an admirable aim. While his company is for-profit, he said he sees its mission as philanthropic.

Indeed, not enough apartments have been built in Memphis — or across the country — in recent years to offset the increased number of people renting, making finding an apartment in Memphis harder than it used to be. The region’s vacancy rate for apartments has plummeted from more than 12% at the end of 2019 to a 10-year-low of 9% in the third quarter of 2021, according to CoStar Group and ARA Newmark. This trend has contributed to the area’s fast-rising rental rates.

Vengroff sees his company as meeting this clear demand. Every complex his company owns has a waiting list, he said.

Walker’s concern over the crime the development could bring is an incredibly common one in the world of apartment development. In Germantown, for instance, it is frequently cited in debates over apartments, despite a study showing no link between renting and crime in the suburb.

King said Walker has no need to worry — his neighbors are peaceful and the security guards do a good job. Memphis Police Department statistics back him up. In 2021, MPD recorded 12 crimes on the complex’s block of Airways, down from 34 in 2018 — the year before the redevelopment began. At the Springbrook property, the decline was even more dramatic — from 47 to nine.

Walker said that if the apartments are truly not month-to-month rentals — as MLK50 relayed to her from Vengroff — she’s not as worried about crime.

She does think, though, that Whitehaven already has too many affordable apartment units.

About 45% of the housing units in Whitehaven are apartments, according to Census Bureau data, though they vary in quality and only five complexes currently have rooms available for less than $650 per month, according to Apartments.com.

All MLK50 stories are available for republication unless otherwise noted. We just ask that you follow these rules.

Walker worries that more affordable apartments will decrease nearby property values and the area’s median income, which banks use when approving loans for home improvements or new businesses.

To Vengroff, it’s illogical that the $4.5 million he’s planning to invest into improving the property would end up decreasing nearby property values or increasing crime.

After explaining his vision to people opposing the project, Vengroff expects they’ll change their minds.

If they don’t, he doesn’t plan on forcing the project into Whitehaven.

“What it seems to be is a big misunderstanding,” Vengroff said. “If we had a meeting with them and there’s still really strong opposition … then we’re not wanted and we’ll go play somewhere else.”

Jacob Steimer is a corps member with Report for America, a national service program that places journalists in local newsrooms. Email him at [email protected]

This story is brought to you by MLK50: Justice Through Journalism, a nonprofit newsroom focused on poverty, power and policy in Memphis. Support independent journalism by making a tax-deductible donation today. MLK50 is also supported by these generous donors.

Got a story idea, a tip or feedback? Send an email to [email protected]

Mon Jan 3 , 2022
Photo: istockphoto.com The typical U.S. household can use 40 to 60 gallons a day on average just to water lawns and gardens. About half that amount is wasted through evaporation, wind, poorly designed watering systems, or overwatering. A water-friendly landscape offers several benefits. Besides conserving a precious resource, it reduces […] 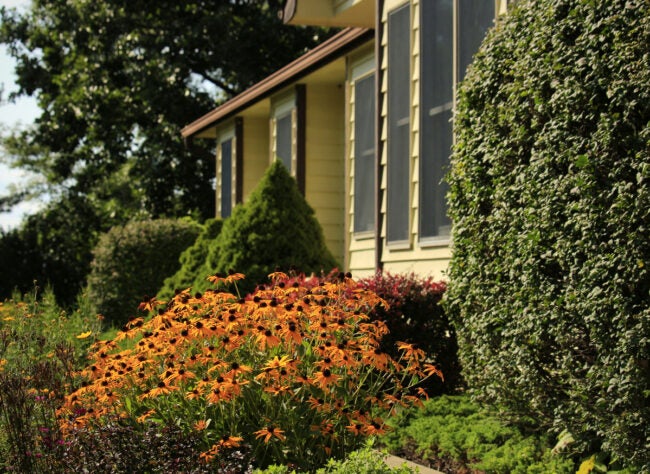