T-R PHOTOS BY ROBERT MAHARRY — Dave and Gene Beenken-Draper are in the process of renovating a home at 206 N. First St. known as the “Wolfe House.” They plan to host a public open house when it is completed.

When Gene and Dave Beenken-Draper were planning for their next chapter about three years ago, they kept coming back to an Instagram page called “Cheap Old Houses.” They knew it wouldn’t be an easy undertaking, but something about the century-old three-floor home at 206 N. First St. in Marshalltown caught their attention.

Local historians may know it as the “Wolfe House.” Although the Sieg family actually built it in 1920, Dr. Otis R. Wolfe, the founder of the eye clinic that bears his name, lived here from 1934 until his death in 1954, and his wife Eunice remained in the home until her passing in the mid-1970s.

After almost 20 years in Rockford, Ill., Gene and Dave considered moving to places like South Carolina, Tennessee and Arizona, but their family roots made Iowa a much easier sell — Gene hails from Waterloo, while Dave grew up in the Des Moines area and has grandkids there now.

Through his work in finance, Dave already had familiarity with Marshalltown, and when Gene saw the listing on Dec. 27, 2018, they were at Dave’s daughter’s house in Ankeny for Christmas. He wasn’t sure what kind of a reaction he’d get.

“It’s like ‘Well, do I approach him on this or not?’ Because he’s rejected all of the other houses before (and) because I knew it needed work just based off of the listing photos,” Gene said. “He was a little interested, so I proceeded with all of the information on it and what the thought would be as far as a plan to go forward.”

Gene Beenken-Draper points to a Czechoslovakian chandelier in the dining room, which was one of the classic touches that made the house so appealing.

The house, as it turned out, had been foreclosed a few months before the EF-3 tornado and suffered substantial damage as a result of the storm. Gene said he had done small home improvements in the past, but nothing even approaching the scale of restoring a 100-year-old mansion. In order to present an honest portrait of the house’s condition to Dave, Gene took pictures of “the worst parts” — for example, the carpet on the main floor, which has since been torn out, was frozen solid because of how much water had gotten inside due to a bow in the roof.

“When your feet slip out from under you on carpet, that’s not normal,” Gene said.

It came down to the Wolfe House or a home in Boone, but they quickly crossed the latter off of their list. The first time Gene and Dave toured it together, no one had a key to open the front door — which turned out to be unlocked anyway — so they had to come in through the back.

“It leaked from the third floor all the way to the basement… I mean, it looked like it should’ve been abandoned. The kitchen was just nasty,” Dave said.

In spite of it all, features like the original hardwood floors, the woodwork around the house, a pantry that may have been used to help individuals and families in need, a closet inside of a closet and a pair of vintage chandeliers appealed to Gene, who said he knew he could get it back to “more livable conditions.”

“I could’ve built a new house. I’ve done that once already. I could’ve built a new house again,” Gene said. “We’ve looked at places to do that, and we’ve looked at places to get modular homes done. The problem with those, or the part that I don’t really like with those, is there’s no character. You might as well just sit there and press a cookie cutter on every single lot.”

And, as Dave noted, some of the negative outside perceptions of Marshalltown he had heard before he moved here turned out to be completely off base. When the front door was left unlocked for an extended period of time, no one touched a thing.

“We feel comfortable here. It’s close to Des Moines, close to Waterloo, close to Cedar Rapids, close to the interstates. I mean, all that stuff,” he said.

By February of 2019, the couple had put in an offer, and they closed on it by April. Last summer, Gene and Dave officially fully relocated to Marshalltown, although their project home is far from a finished project at this point. They hope to have the vast majority of the renovation done by the spring of 2022 — large chunks of plumbing, flooring and electrical work still remain — and are already making plans for a public open house to showcase the progress.

Even with their busy schedules — Gene owns a yarn dying business called 2 Guys Yarn and travels the country, and Dave still works for Wells Fargo — they’re pushing forward and imagining the day that they can kick back, relax and reflect on all the work that went into renovating their dream home. Gene’s goal, he says, is to live here until he’s taken out in a bodybag.

T-R PHOTOS BY ROBERT MAHARRY — Dave and Gene Beenken-Draper are in the process of renovating a home at 206 N. First St. known as the “Wolfe House.” They plan to host a public open house when it is completed.

Gene Beenken-Draper points to a Czechoslovakian chandelier in the dining room, which was one of the classic touches that made the house so appealing.


Today’s breaking news and more in your inbox

Sun Dec 12 , 2021
BEL AIR, MD — This house in Bel Air was built atop the foundations of Moores Mill. “This beautiful historic home is awaiting your finishing touches,” the listing on Redfin says. “Don’t miss out on this once in a life time opportunity!” Known as the Heighe House, the stone home […] 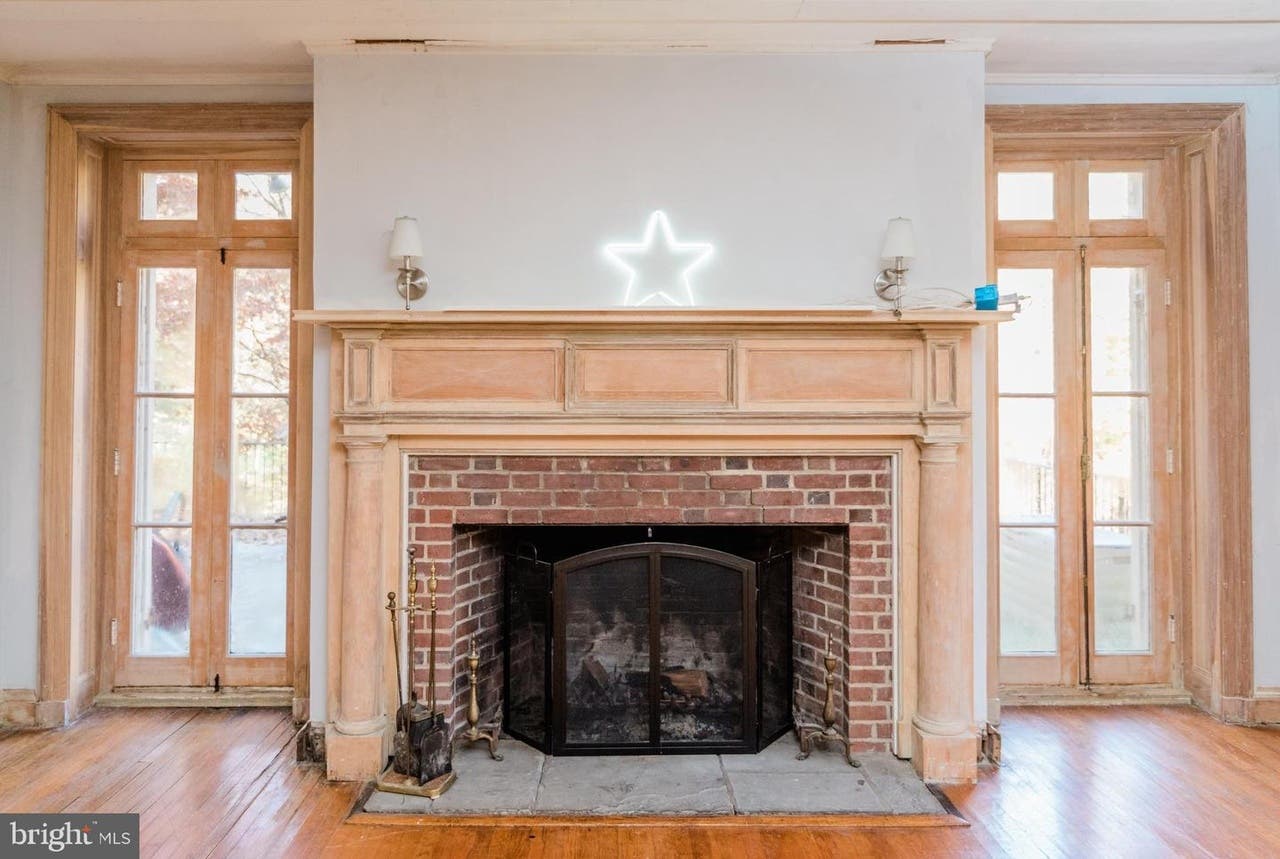