Robyn Butterworth lives with multiple sclerosis and was relieved when the National Disability Insurance Scheme agreed to pay for and install about $15,000 in modifications to her rental home, where she hoped to live long term.

But now the mother of one has not been able to sleep or eat properly since learning last week that her lease at the property in the small town of Bagdad, north of Hobart, would not be renewed.

The mobility improvements took 12 months from start to finish and include an extension to the deck area, a new outside handrail, an automatic bidet toilet, a shower handrail and new lever taps. The washing line was also moved closer to the house for easier access.

Ms Butterworth said the modifications have greatly improved her quality of life, because multiple sclerosis affects her strength and balance and causes her severe fatigue.

“Since I’ve had these modifications done I don’t trip or fall like I used to … I felt safer from day one, it was a huge relief,” Ms Butterworth said.

However, three months after the mobility improvements to the house were carried out, Ms Butterworth’s landlord Timothy Richards informed her that she would have to move out at the end of her current lease term to make way for his mother.

“The modifications that are being done here are for my benefit but I’m now not going to benefit from them and that seems like an awful waste of money,” Ms Butterworth said.

Mr Richards said he sold the unit his mother was living in several weeks ago after a real estate agent approached him and offered him a dream price, without having to go to market.

He said the money would be put towards a new build for him and his young family, which would include a self-contained unit for his mother, but his mother will need a place to stay in the meantime.

“This isn’t a ploy to have free stuff done to my [rental] house so it helps my mother,” he said.

“I’m a year away from building, if I’m lucky.

“I feel bad about it. I really do. But what will I do with my mother? Do I move her into the shed?”

Why did the NDIS fund improvements to a rental?

According to the National Disability Insurance Scheme, there needs to be certain guarantees that a rental property will remain in the participant’s long-term residence before any modifications are funded or made.

The agency recommends written confirmation from the homeowner or landlord that there is no current intent to terminate the lease or not extend at the ending of the existing lease.

While the NDIS is not able to comment on individual cases, we asked Mr Richards about what assurances he needed to provide to the agency before the mobility improvements to his rental property were approved last year.

“I skimmed over it [NDIS documents] looking at what they were going to do, but I don’t recall anything like that … but I didn’t really read it, I just signed it and passed it on because she [Ms Butterworth] needed it ASAP,” Mr Richards said.

According to the Tenants’ Union of Tasmania, a landlord is legally within their rights to ask a tenant to leave when their lease expires, without having to provide a reason as long as it is 42 days before the end of the fixed-term tenancy.

But Ms Butterworth has been concerned she will not have enough time to find a home that suits her needs before her lease ends in February next year.

Ms Butterworth remains on the public housing waiting list, but said despite a perfect rental history there are only limited options in the private market because she can only afford what her disability support pension will allow.

“I know what it’s like to get a rental, it’s very competitive and too frequently it’s a bidding war now,” she said.

Launceston disability advocate Jane Wardlaw said the current high demand for rental properties was making it difficult for people living with a disability to find housing in Tasmania.

“Especially affordable housing, but then we have the added issue of making sure it is accessible as well,” Ms Wardlaw said. Parents in Tasmania are struggling to access speech pathology treatment for their children because NDIS funding has caused an explosion in demand for services.

Housing Minister Michael Ferguson said the government had committed $20 million under the Affordable Housing Action Plan to deliver new supply of disability-specific housing with at least 70 new homes to be allocated by June 30 next year to suitable applicants from the housing register who are NDIS participants.

Ms Wardlaw is also calling on state and federal governments to adopt a mandatory building code, to ensure all homes have accessible features to better support people who are living with a disability, such as a minimum of one-step entrance into the house, wider doorways, and extra joineries in the bathroom in case there is a need for handrails.

“It’s about being safe in your home and minimising risks to having falls and being in an environment where you are able to enjoy your life,” she said.

Ms Butterworth was concerned the eviction might make her ineligible for future funding from the NDIS for mobility improvements at another home.

Yet after calls to the NDIS on behalf of Ms Butterworth, a spokesperson from the agency said it does consider additional funding for modifications at a new residence when a tenant has been forced to relocate due to no fault of their own.

The statement also said: “Any assistive technology and equipment provided as part of home modifications that is portable or unfixed may potentially be utilised in the new home if it is safe and appropriate to do so.”

Since this story was published, Ms Butterworth says Mission Australia has contacted her with an offer for a home to live in.

Create a spa-like getaway at home with these splurges and practical fixes: Start with live plants

Mon Oct 18 , 2021
Ready to indulge in a spa-like getaway at home? Bathrooms are being upgraded with massaging body sprayers in the shower, serenity-evoking lights and odor-fighting live plants, according to a new survey conducted by Houzz, the online home renovation resource. Remodelers are also adding contemporary vanities – unpainted wood is popular […] 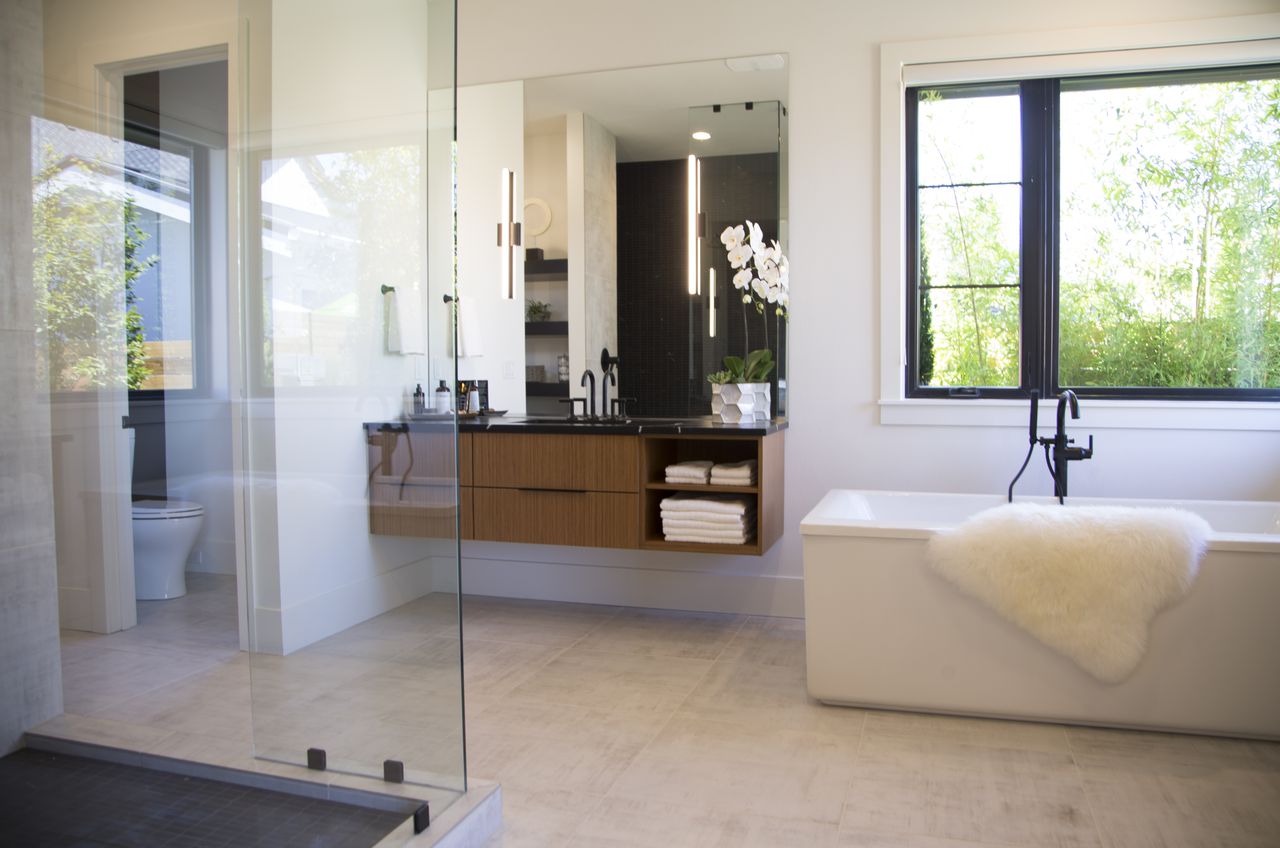