DALLAS — The Texas Rangers have big plans for the offseason, highlighted by the intention to dedicate “market dollars” to “top players” in free agency. With the club dedicated to increasing payroll, some may wonder what exactly that might look like.

Currently, according to Spotrac, the Rangers have $28.4 million on the books for next season. That includes José Leclerc’s $5.25 million salary, Kohei Arihara’s $3.6 million salary, along with the dead money from the trades of Elvis Andrus ($7.25 million) and Rougned Odor ($12.3 million, minus the league minimum set for 2022).

In addition to room in the budget for spending on external pieces, the Rangers have to settle contracts with the players under club control. Most of the pre-arbitration players will make league minimum, with several earning a few ticks above.

Then, there are the arbitration-eligible players. Every year, MLB Trade Rumors releases a projection of what these players will make through the arbitration process. This year, they project the figures for seven Rangers:

If you go to the Rangers’ 2022 payroll table on Spotrac, you may notice that Drew Anderson is listed as arbitration eligible (though our friend Scott Lucas from The Newberg Report pointed out he lacks the service time to qualify for it), but his salary projection is not listed here. It may be a moot point anyway, if the Rangers non-tender him or remove him outright from the 40-man roster to protect other assets from December’s Rule 5 draft.

In addition, you may see that Taylor Hearn is listed as a pre-arbitration player. However, multiple sources tell with InsideTheRangers.com that Hearn should qualify as a Super Two player, meaning he’s earned enough service time before hitting the three-year mark to gain an extra year of arbitration.

Finally, the Rangers have a long-running tradition of negotiating contracts prior to the deadline with all of their arbitration players. The last player that had to have their salary determined by a panel of arbitrators was Lee Stevens in 2000. Given the track record under Daniels, and the low cost of these projected salaries, we should expect the same this winter.

Hypothetically, if the Rangers were to sign all of these players to these projected salaries, the club would only have $40.2 million on the books in 2022 (not counting the pre-arbitration players). Jon Daniels said the Rangers’ budget for 2022 should be “consistent with the market and fan base of this size.” That would give a lot of room to add a few free agents, maybe even one or two top-tier guys.

Even so, it’s not even a guarantee that the Rangers tender big league contracts to all seven of these players, considering the plethora of players and prospects that need to be protected from the Rule 5 draft. In our projection of the 40-man roster, neither Bush or Cotton make the cut (though it doesn’t necessarily mean they are out of the organization). According to these projections, that would save the Rangers $2.1 million.

In addition, Daniels said in the Rangers’ end-of-season press conference that the club would carve out room on the 40-man roster for external additions. That means even more roster turnover.

Of course, the new Collective Bargaining Agreement — or lack thereof — will likely play a role in this process.

Hang onto your hats. This should be a busy winter.

Sat Oct 16 , 2021
A Colorado contractor has been caught on video unleashing his anger inside a customer’s home after a pay dispute – using a sledgehammer to destroy a bathroom he had just renovated. The footage shared on Reddit shows the livid worker — identified as Terry James Gregory, co-owner of Dream Home […] 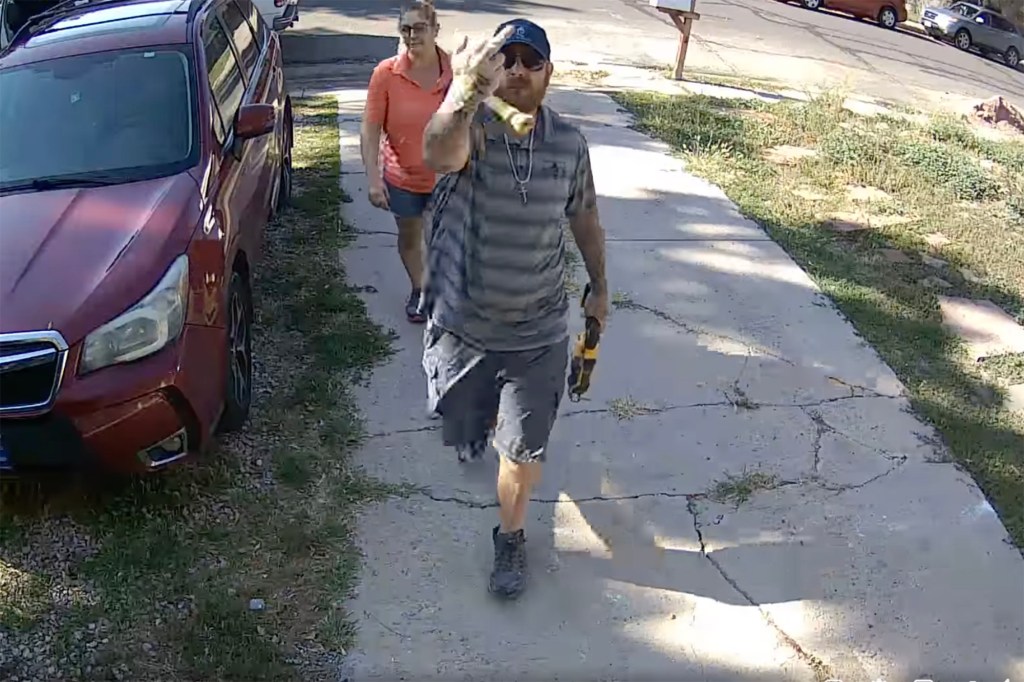