The Hot Stove is lit—in more ways than one—and there is plenty of noise involving the Texas Rangers in the baseball rumor mill. However, the prospect of free agent signings or trades aren’t the only topics of discussion.

Here are a few notes to get your weekend started a tad early.

• Major League Baseball announced on Thursday its owners have approved a new minor league housing policy that is expected to provide more than 90 percent of minor leaguers across all levels with housing accommodations. The only exceptions are players with big league contracts and players making at least $100,000.

This is a huge step for Minor League Baseball. I talked to a few minor leaguers in the Rangers organization, along with one big leaguer’s perspective on the new policy. The Major League player emphatically expressed his excitement for minor leaguers, remembering his days of six players all living in a three-bedroom house. One minor leaguer I spoke with echoed a near-identical sentiment.

“This helps a ton of guys out that weren’t drafted high and didn’t get that [big] signing bonus,” he said. “It’d definitely gonna help out a lot of people that need it. It’ll handle the situation where we’re all trying to save money and there’s eight guys to a three-bedroom apartment with guys sleeping in the living room. It’s not only going to be beneficial for our bank accounts, but for our health.”

A better home life could help with better results out on the field. After all, the off-field accommodations for big league players are of the highest class, especially at Globe Life Field. It’s good to see the start of something better for minor leaguers that simply do not make enough money.

• Speaking of the minor leagues, the 2021 cycle is drawing to a close. The Arizona Fall League wraps up its season on Friday, with the championship game scheduled for Saturday. Seven Rangers prospects have played for the Surprise Saguaros, and RHP Owen White—club’s No. 28 prospect on MLB.com—has been a standout performer.

White has a chance to help send Surprise to the championship game as he takes the ball for the Saguaros on Friday, facing off against the Glendale Desert Dogs. In five starts this fall, White is 4-0 with a 1.16 ERA and 0.94 WHIP in 23 1/3 innings.

Surprise needs to beat Glendale and have Peoria lose to Salt River in order to secure their spot in the AFL championship game.

The Rangers’ interest in Japanese free agents goes all the way back to their pursuit of Yu Darvish, who the Rangers ultimately landed. Texas is very active in scouting the Pacific Rim. Whether or not they land Suzuki, you can trust they’ve done their due diligence on him.

Suzuki will have plenty of suitors, so the Rangers will have competition. ESPN’s Kiley McDaniel projects Suzuki to ink a four-year, $48 million contract, in addition to a projected $9 million posting fee. That would be a cheaper price tag than some of the better outfield free agents on the market. In addition, there is no qualifying offer or draft pick forfeiture to worry about if the Rangers were to sign Suzuki, as opposed to Nick Castellanos or Chris Taylor, who rejected qualifying offers.

• Morosi also reports the Rangers having “interest” in shortstop/second baseman Marcus Semien, along with their pursuit of Trevor Story and Corey Seager. Given the Rangers’ aggressive pursuit of top-tier free agents, this should not come as any surprise.

It’s been reported previously that Rangers officials met with super-agent Scott Boras—who represents both Semien and Seager—during the GM Meeting in Carlsbad, Calif. last week. In addition, one source confirmed a report by The Dallas Morning News that the Rangers hosted Trevor Story in Arlington this week.

Considering guaranteed contracts, retained salaries (Elvis Andrus, Rougned Odor) and an inexpensive arbitration class, the Rangers have roughly $36 million in payroll for 2022. They still have to pay their pre-arbitration guys too, but that’s still a lot of room to spend to a budget that’s “consistent with the market and fan base of this size”.

In other words, the Rangers are “interested” in just about every top-tier free agent.

• Anderson Tejeda is no longer a Texas Ranger. The St. Louis Cardinals announced some minor league signings on Thursday, with Tejeda being one of them.

The Rangers outrighted Tejeda to Triple-A Round Rock on Nov. 5, removing him from the 40-man roster. The move automatically made Tejeda a six-year minor league free agent.

Tejeda, 23, had consistently been a top-30 prospect for the Rangers since 2017, and even ranked as high as their No. 5 prospect on Baseball America in 2019. After an up-and-down big league debut in 2020, Tejeda struggled mightily in a very brief stint in Arlington (1-for-16 with 10 strikeouts in five games), and was even demoted as low as Double A in 2021.

Even without Tejeda, the Rangers have a deep stock of middle infield prospects. This includes Foscue, Luisangel Acuña and Maximo Acosta, along new additions like Duran, Josh H. Smith, Trevor Hauver and 2021 third-round pick Cameron Cauley.

• Friday, Nov. 19 is the deadline for MLB clubs to add prospects to their 40-man roster ahead of the Rule 5 draft, which normally takes place on the final day of the Winter Meetings (scheduled for Dec. 9 this year).

The Rangers currently have 36 players on their 40-man roster, and still have several prospects that need protecting, including Duran, Cole Ragans, Ricky Vanasco, Ronny Henriquez, Jake Latz, Bubba Thompson and Steele Walker. In addition, president of baseball operations Jon Daniels said in early October that they plan to carve out room on the 40-man roster for external additions.

Taking all of that into account, anticipate some more Rangers roster moves. Edwar Colina, Yohel Pozo and Eli White could be on the bubble, and there could conceivably be a trade involving established big leaguers on the roster.

Of course, we’ve got you covered right here on InsideTheRangers.com.

How To Renovate Your Kitchen for Less Than $10K

Sun Nov 21 , 2021
AleksandarNakic / Getty Images A kitchen can feel like the heart of the house, the place where you spend a significant amount of time, be it eating or entertaining. Because a kitchen is so integral to your home, if it’s not making you happy, for one reason or another, you […] 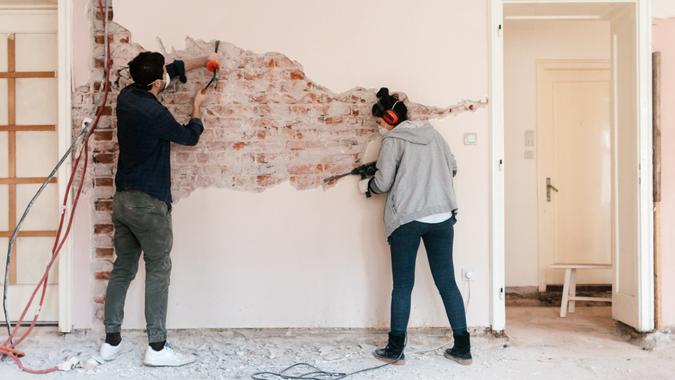